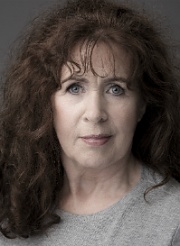 Bríd was last seen on stage at the Abbey in Last Orders at the Dockside as part of the Dublin Theatre Festival. She recently completed shooting in the leading role on Mo Ghrá Buan, a new Irish feature film.

Brid has also worked extensively with Taidhbhearc Na Gaillimhe, appearing there in Moonfish Theatre’s production of an Irish language version of Ibsen’s An Enemy of the People (Namhaid don Phoba). For an Taidhbhhearc she also notably appeared in Cré Na Cille (for which she was nominated for an Irish Times/ESB Award for Best Actress , 2003) and in the feature film version of Cre Na Cille as the central character Caitriona, directed by Robert Quinn for TG4/Telegael for which she was nominated for a Best Actress Award in the Irish Film and Television Awards 2008. She appeared in Wildfire Films Irish language comedy drama An Crisis on TG4. Brid most recently appeared in Rasai Na Gaillimhe directed by Robert Quinn for TG4/Telegael and will soon appear in Corp agus Anam produced by Magmamedia for TG4.