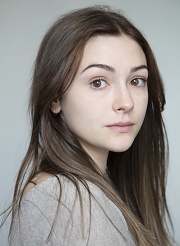 Abby has been acting from the age of four, appearing in adverts such as Ryan Tubridy’s first Late Late Toy Show advert (2008 and 2009) and ISPCC’s advert and poster campaign (2016).

In 2019 Abby appeared as a principal character, Holly Reid, in Der Irland-Krimi, directed by Zuli Aladag.

In 2020 Abby starred alongside Elisha Cuthbert and Eoin Macken in Brendan Muldowney’s new feature film, The Cellar, which will be released in cinemas later this year.